The Rapid City- Pennington County GIS Division developed two map products for the 50th observance of the 1972 flood. These maps provide the public easy access to information about the flood.  In this effort the division took some time and identified buildings and streets that were removed due to the flood, as well as a look at the flood impact in a more detailed offering. One map contains important flood-related information such as the 1972 course of Rapid Creek, the floodway, meaningful boundaries and aerial imagery form before and after the flood, along with photos of structures from the period before the flood and of the same space now.  The other map takes users from point to point along the greenway, directing them to the next point of interest along the circuit of 1972 flood interpretive sites.

Click on this image to view an interactive map based on the data of the 1972 Flood. 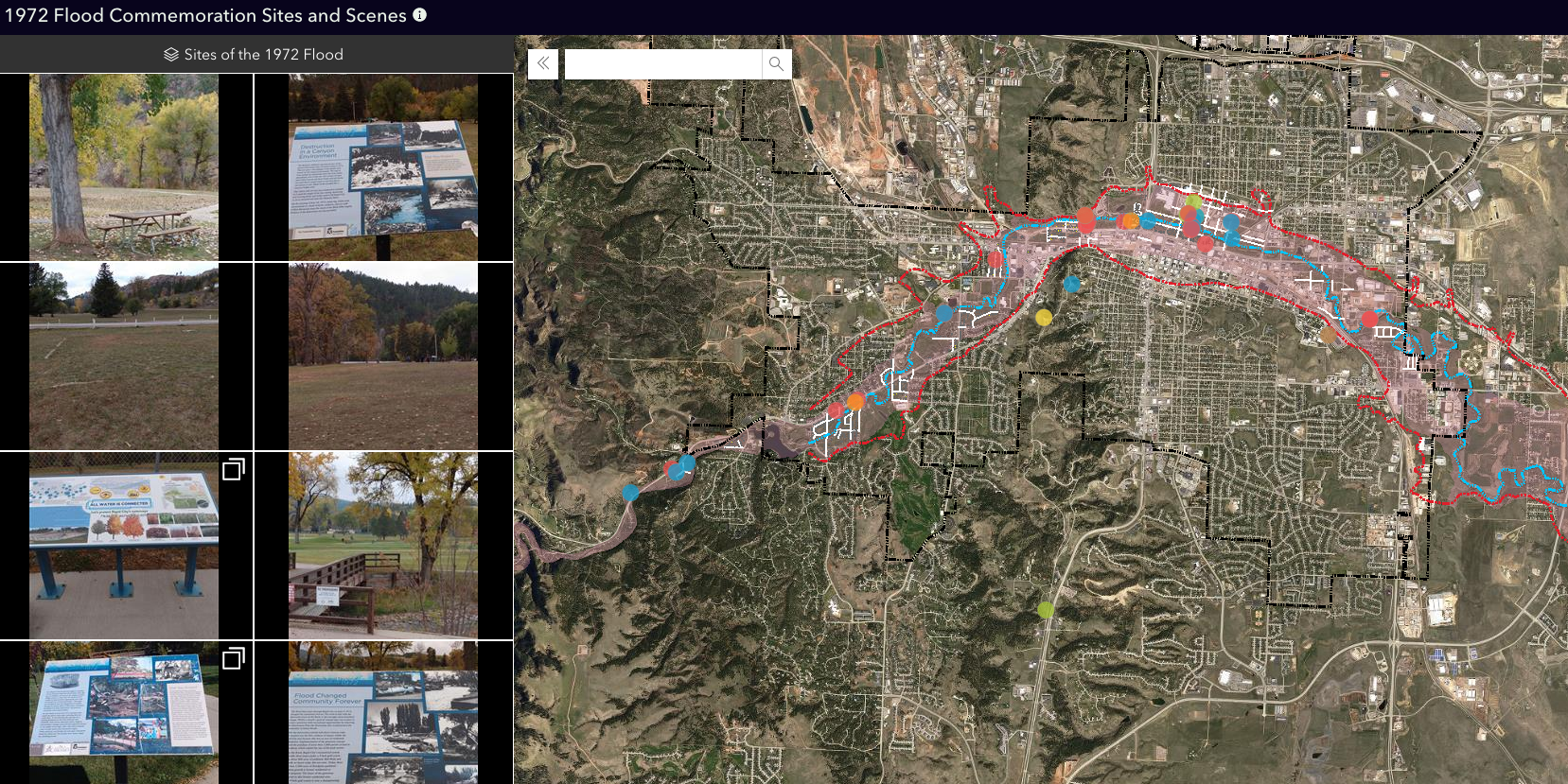 In response to this devastation, in the weeks after the tragedy in June 1972, Mayor Don Barnett and the City Council ensured no citizen would ever have to return to living in the flood plain.

This resulted in a relocation plan, and Rapid City establishing one of the largest greenways in the nation. The greenway along Rapid Creek is filled with city parks, a beautiful bike path, golf courses, and hiking trails. The Rushmore Plaza Civic Center (now The Monument), the Journey Museum, a new Central High School, an expanded Meadowbrook Golf Course, the Executive Golf Course, Founders Park, the Roosevelt Ice Arena and Roosevelt Swim Center are among the facilities built in flooded areas that were cleared. Rapid City came together through great tragedy and created a safe and beautiful place for its citizens to call home. 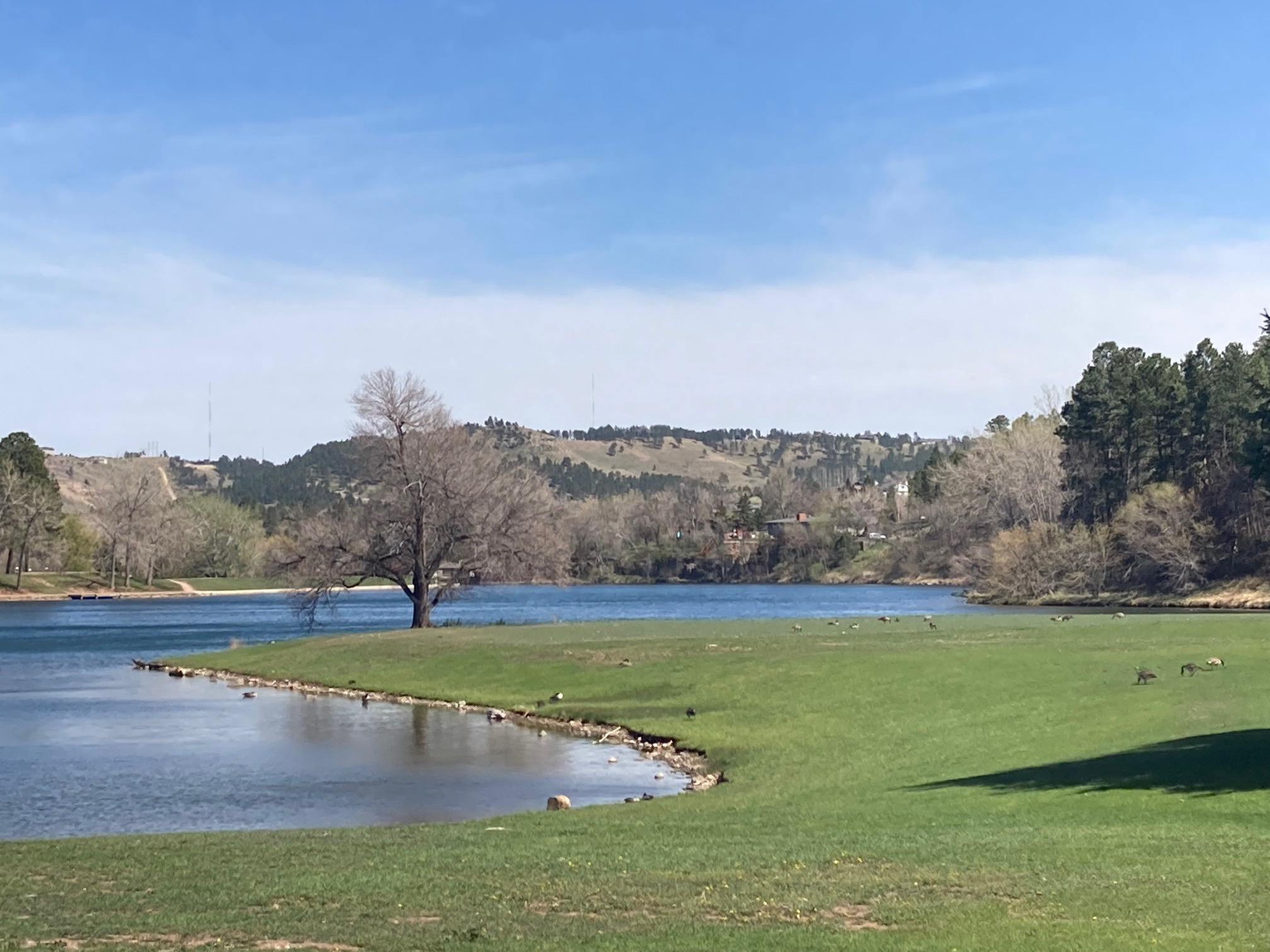 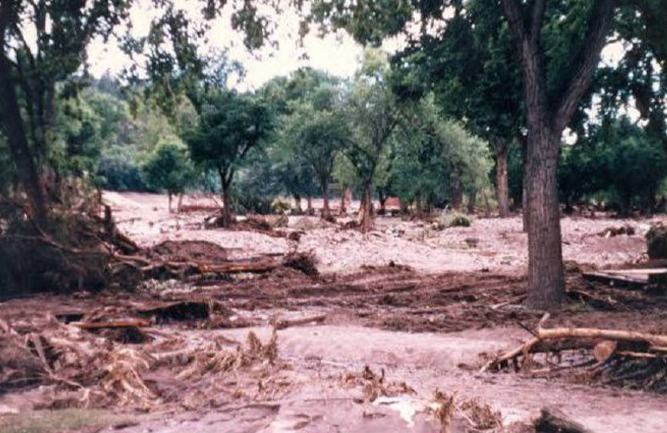 Beautiful Canyon Lake Park looks more like a rock quarry after the flood removed the topsoil. The park once again provides a cool relief for Sunday picnics 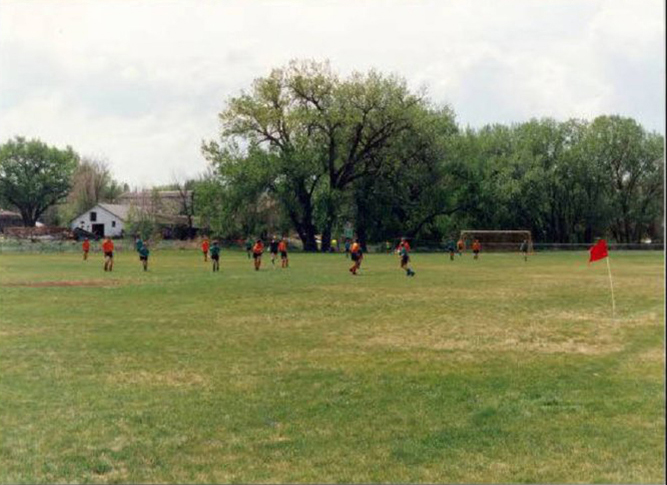 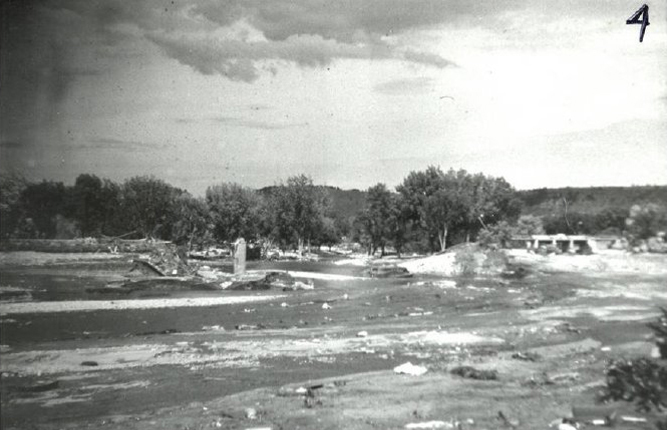 This trailer park looks like an open sewer. Soccer players now run through this field 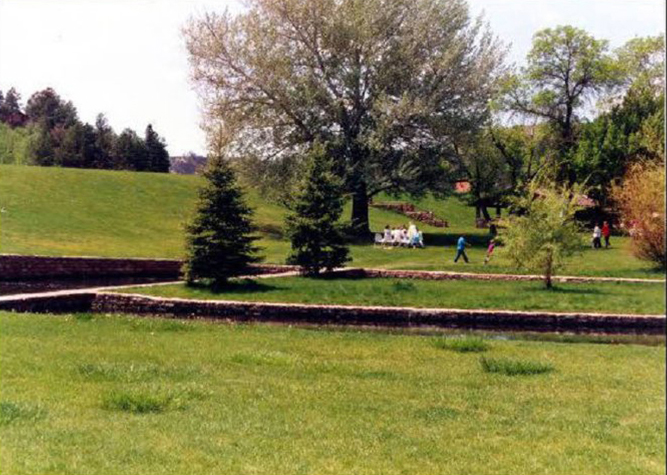 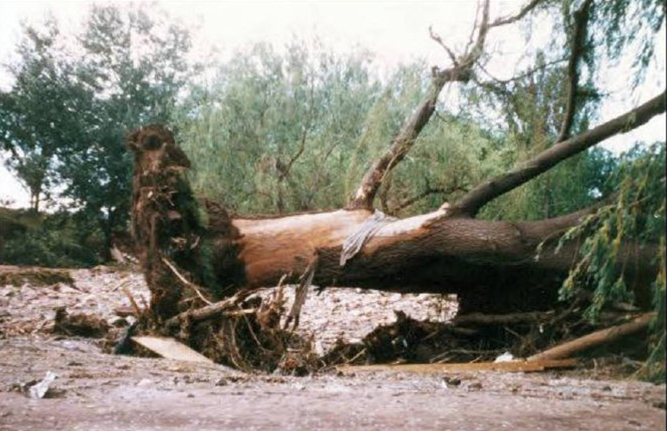 Giant trees fell victim to the rushing water. This view shows the area below the dam at Canyon Lake 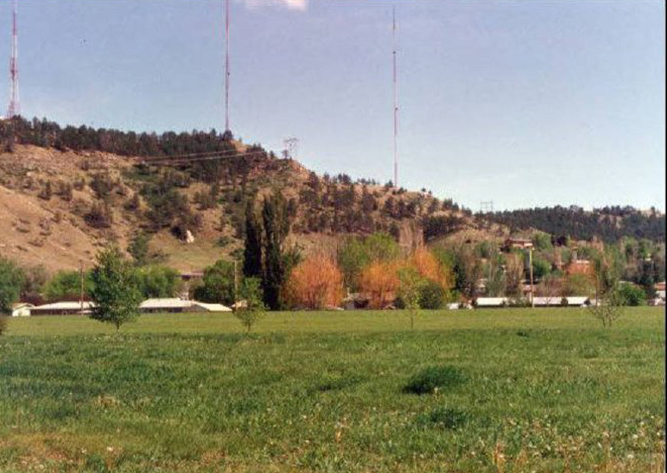 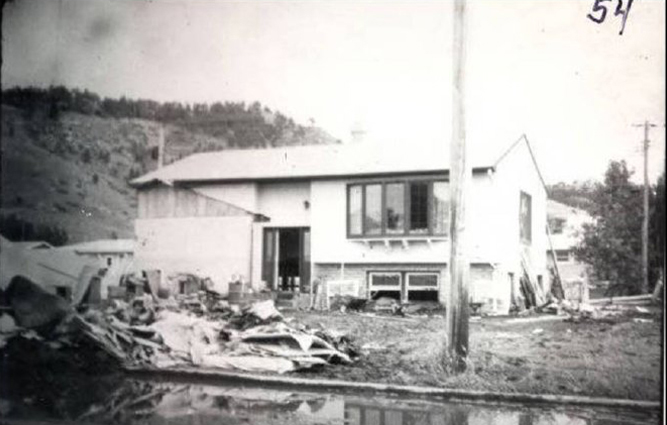 A short-lived housing area east of Storybook Island was devastated by floodwaters and is today part of the city’s greenway and floodway protection area. 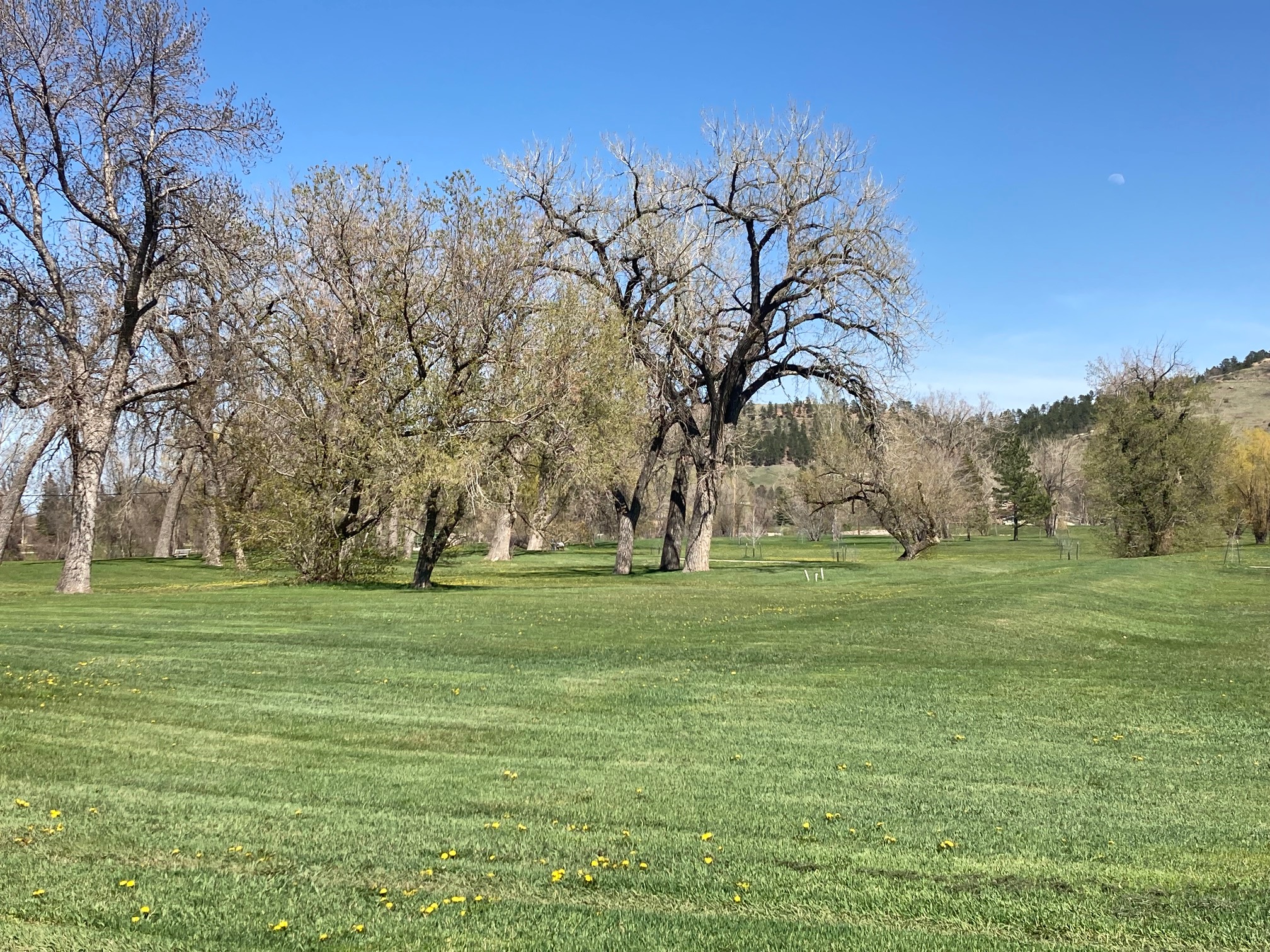 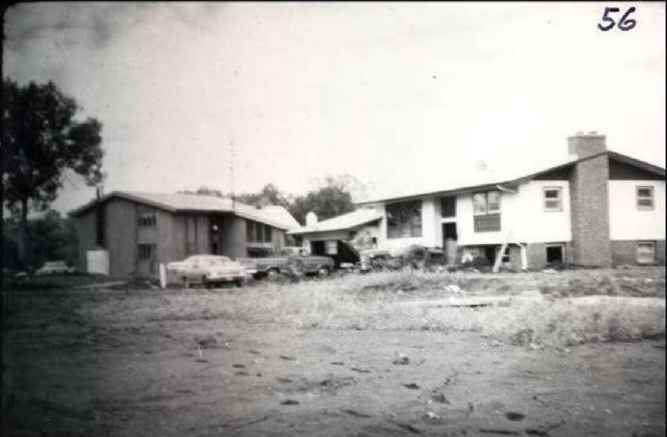 One of the cities premier parks now located where homes had been removed after the flood. 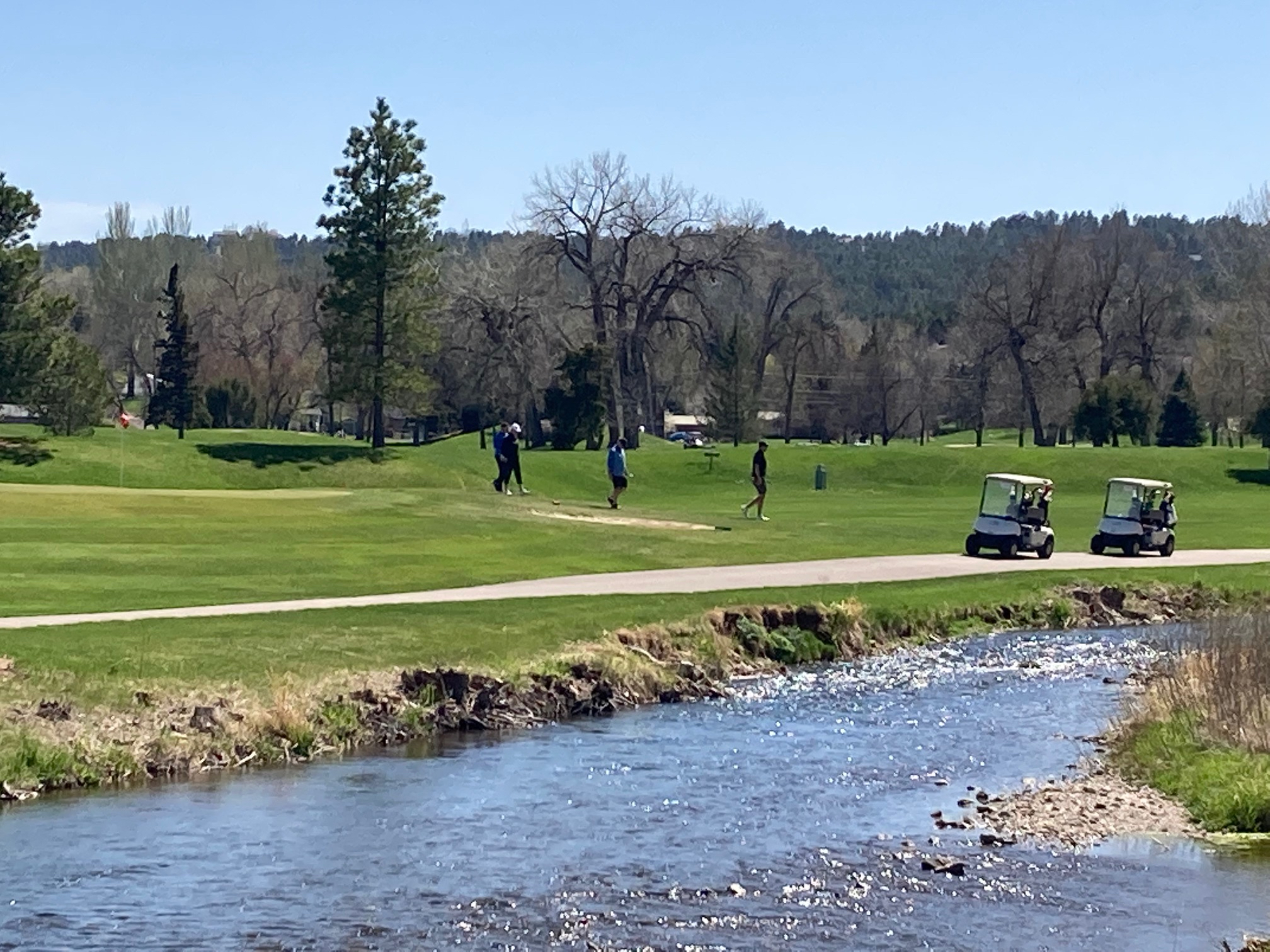 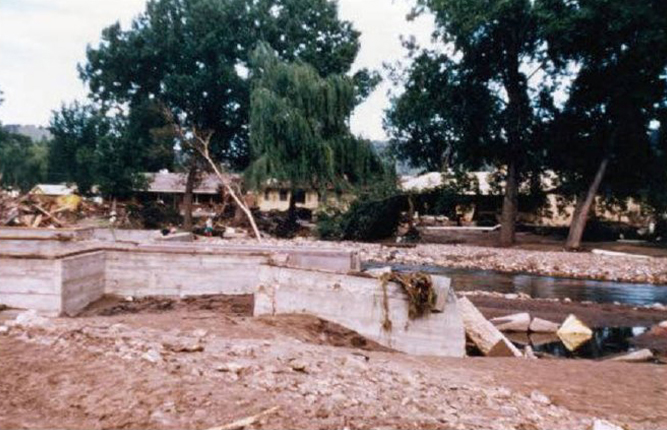 Rapid Creek is now back in its banks, but the homes that are pictured are no longer there, in its place is now Meadowbrook Golf Course